Nigerian Afrobeats Asake has released his album titled ‘Mr. Money With the Vibe’ on September 8, 2022. 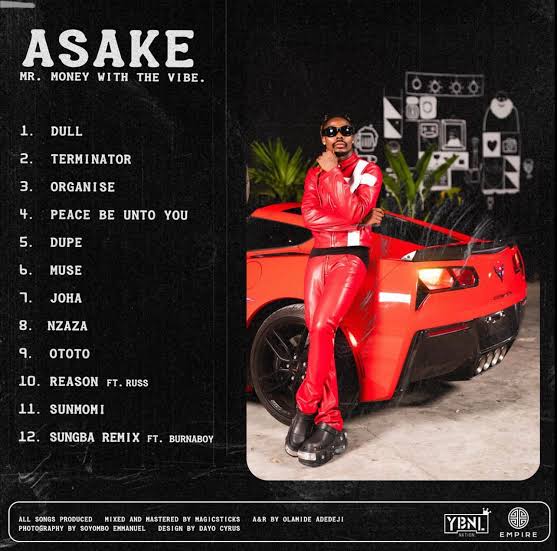 Asake is the man of the year as far as music goes in Afrobeats. His songs has set the template for hits in 2022 and his debut year is unprecedented in the history of Afrobeats. After chart topping singles and mind blowing performances, Asake has released his debut album which is an incredible debut from the Man of the Year.

Asake is a Nigerian singer, entertainer, songwriter, media personality, and musician, Ahmed Ololade Asake, was born on the 13th of January in the 1990s.